Home
Articles
Want create site? With Free visual composer you can do it easy.

I had the opportunity to associate very closely the late venerable Dr. Aluthwewa Soratha Nayaka Thero, the chancellor of Uva Wellassa University for about five years before leaving for Japan, when I resided with him in his temple. I saw the greatness in him as a person during that time and after going to Japan also I received hisblessings. I was fortunate to invite the venerable Thero to Japan twice and show my gratitude. The late Thero was highly respected by the community of Sanga (Monks) for possessing the highest qualities as a priest. The venerable Thero lived according to the characteristics laid down by the Lord Buddha for a priest, namely oratorical skills, being simple, well versed in knowledge, widely read and living according to dhamma rules.

He grew up as a disciplined well behaved priest under the tutelage of most Venerable Parantenne Ananda Thero and Venerable Polonmaruwe Rewatha Chief priest .He had his general education at Sri Lanka Vidyalaya, Maradana and Graduated from the Sri Jayawardenapura University. Later, he obtained a Doctorate.Venerable Thero was well known as a learned author who had written a number of books such as “Kataragama Puda Sirith, Sri Lankawe Bodhi Sanakrutiya, Manasika Shikshanya Sandaha Bauddha Bhavanawa, Kataragama Lipi”

The critical intelligence and research ability of the Thero can be seen from these publications and also in discussions in which he participated and lectures delivered on many an occasion. His ideas are rational, full of valuable materials and interesting. Although the chief priest was the head of the Kataragama Kiriwehera, had a doctorate, a Chancellor of a University and received respect and honored by the community of monks, he was very humble. Anybody could approach him, talk to him and he listened to them sympathetically.

A special characteristic of him was that he never felt angry. He always helped the weak, those subjected to injustice and the poor. It is customary for people to respect people with power and authority. But the chief priest always help the under privileged.

Another characteristic of the Venerable Thero was treating everybody alike without favour. He did not show any special recognition to whether it is the Prime Minister or the President. He did not praise them just to please them.He never neglected when a poor man came to meet him. He spoke to them about their needs and satisfied them. He never criticized a person nor did he think ill of others. He knew that everybody has self respect. Therefore, he treated everybody sympathetically and spoke to them in a pleasing style.

Venerable Dr. Soratha Thero was committed to upgrade the education of children in the area. As a teacher of KataragamaMahaVidyalayahe did a lot to improve the school.When he became the Deputy Principal, he was able to get the school up-graded to the level of a Central School and later a National School. He improved the physical facilities of the school and developed the human resources. Everybody accept without doubt that Kataragama Central School became a leading School in the area because of the Venerable Thero’s effort. The establishment of a “Dhamma School” in the temple served a great service to education. In order to commemorate his great teachers, it was named “Ananda Rewatha Dhamma School”. It has over thousand children and it is a leading Dhamma School in the area. All students are provided with a simple attractive uniform and presents were given to encourage the children.

A Vocational training centre was opened for the benefit of thousands of youth in the area. It was established with the help of President Mahinda Rajapaksa when he was the Minister of Vocational Training and it was equipped with many facilities. The Thero’s intention was to guide the youth in the correct path and see that they are economically strong, so that they can be successful throughout their lives. His motto was helping the people.

Everybody knows that the chief priest strived to make the Kataragama Kiriwehera a complete place of worship. When he came to the temple, there was only the living quarters.He completed the temple in all aspects providing facilities for devotees who came to the temple, Building facilities were provided for over thousand children in the Dhamma School and also the necessary equipment. He established the “Mahasen Society” for devotees who came to observe ‘sil’ on poya day and this is one of the most successful services rendered by the Nayake Thero. People from faraway places came to observe “sil” at Kiriwehera as a result.

The chief priest was a devoted person who worshipped the Lord Buddha continuously and regularly without a break.

He treated the poor people in the area with great sympathy and consideration. He advised the farmers to cultivate their fields during both seasons. He got a dam constructed across Manik Ganga called “Kuda Gal Amuna” which provided water to the farmers for cultivation. He pioneered the construction of two hundred houses for poor families in “MahagoshaPura” A large play ground was constructed for the use of youth in the area to develop their sports skills with the assistance of government.

Dr. Soratha Nayaka Thero was respected by everybody due to his learning, good qualities and commitment to service. He was not after MONEY

and even the wealth that he earned in a just manner was used to the benefit of others. As such he passed away as an example to the community of monks. Oursociety needs thousands of people of his calibre. May our Nayaka Thero attain the supreme blissof Nibban!

Views Today
1
Did you find apk for android? You can find new Free Android Games and apps. 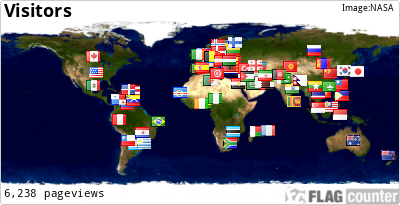